Preparing The Corporate Executive – From the Boardroom to the Courtroom 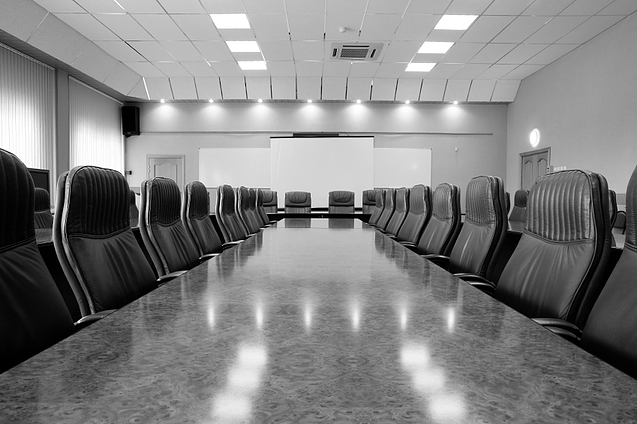 The skills propelling an executive to their position and power base in the boardroom are obvious;

Unfortunately, these are the very skills which can lead to disastrous consequences in the courtroom.

Jurors want to hear the truth spoken politely, through clear and direct answers to questions, with an even temper in direct and cross, using ordinary language with no evasions, and unaffected by  interruptions or objections.

CHALLENGES FOR THE TESTIFYING EXECUTIVE

Testifying executives face many challenges.  First, executives must find time to be prepared to testify. Demands on the executive’s schedule often make it difficult to have the quantity and quality time counsel need to prepare the individual adequately for direct testimony and cross-examination.  I have witnessed executives show up to testify with an obvious lack of understanding as to the key issues in the case.  Unaware of key issues and facts, executives are often forced to answer questions by saying they “cannot remember” or “do not know.”   Data I have collected from mock trials and post-verdict interviews of jurors consistently reinforce jurors do not trust witnesses who often say “I don’t recall” or “I don’t know.”  On the other hand, jurors will fault witnesses, especially corporate officers, for offering incorrect information:

“He said he followed company procedures, but then he didn’t know what the company policy was.”

“The witness used inappropriate numbers, didn’t do deductions properly, presented things in a roundabout way, and gave a lot of incorrect information.”

This problem occurs when executive witnesses buy into the belief that they must deliver for the company on all issues.  Preparation is a priority, and it is the only thing that prevents strong-willed executives from ending up appearing spectacularly uninformed.

Frequently, executives try to take command of the deposition and courtroom, much as they take command of meetings in the boardroom.  Not used to being aggressively challenged or having their recall of events picked apart by contrary documentary evidence, the executive’s world as he or she imagines it to be can often have an ugly collision when sitting across from a skilled attorney on cross examination.  Many corporate executives become:

Their passionate advocacy and overpowering of stubborn opponents in the boardroom is contrary to the role demanded in the courtroom.  The right to refuse to answer questions in the boardroom is not a right executive’s have in the courtroom.  Post verdict juror interviews of testifying corporate executives reveal that jurors dislike this combative posture: This combative posture is judged even more negatively by jurors when testifying executives adopt a Jekyll and Hyde approach of fighting opposing counsel while cooperating with their own counsel.

To be successful, executives will want to adopt a non-combative, less controlling role in the courtroom.

BEING LIKED IS A GOOD THING

A third challenge executives face when testifying is recognizing that it’s actually a good thing when other (e.g., judge, jurors, etc.) like them.  The executive who walks and talks with what is perceived to be a condescending, powerful, or arrogant demeanor may find that such a persona adversely impacts the judge or jury.  Jurors will consciously or subconsciously root for the person that they most like.

EXECUTIVES CARE ABOUT THE WRONG THINGS

Executives tend to care more about competence than they do about trustworthiness, politeness and sociability.  Not good when…

WHAT JURORS ARE THINKING

Juries believe large companies will lie to win a lawsuit.
Corporate executives will say whatever it takes to keep the company out of trouble.
Jurors are distrustful of executive testimony.
Scrutinize what executives say carefully.
Hold executives to a higher standard of recall, knowledge and articulateness than other witnesses.

Today’s juror is skeptical of corporate behavior and place corporate executives in the position of having to earn credibility.

Few executives face this issue in everyday life.  The challenges an executive faces are many, and the day-to-day means the executive uses to overcome these challenges create problems when testifying.

Executive witnesses commonly misunderstand the witness role as one of a Teller of information.  They think they should be a competitive advocate who controls the question-answer interchange, argues for their cause, and swings for the fences.  The most effective witness role, however, is that of an Answerer. An answerer is a thoughtful, pleasant, and cooperative person who is helpful and assisting.  Juries want a likable person.   My job is to reintroduce an executive to that helpful and assisting part of themselves rather than the professional boardroom persona to which executives often default.

Each executive witness needs to learn specific defense case themes they can use while answering counsel’s questions. These defense case themes provide the defense’s narrative, as well as a way to answer questions when specific answers are unknown, and are best if articulated in the executive’s (and not the attorney’s) own words.  Executive witnesses can also reinforce key personal values (e.g., doing one’s best, helping others) or their personal philosophy when specific knowledge or recall fails;

These thematic answers tell the story of the defense case, offer positive motives for the company’s behavior, and reduce the need to respond “I don’t know” or “I can’t recall.”

When asked “yes” and “no” questions, many executives struggle. A single word response may be overly broad, sounds curt, and lets the longer questions seem more important than the shorter answers while fighting the question is combative.  Neither response leads to judgments of thoughtfulness and helpfulness. Short conditioning phrases offer accurate answers, while sounding significantly more thoughtful and helpful. Rather than “yes” or “no,” executives can say,

I recommend the “yes” or “no” go at the end of the answer, so opposing counsel cannot prevent the conditioning phrase from being uttered.

Responsive answering employs words and concepts used in the question to start the answer. For example, if asked;

Responsive answering is polite (it shows listening), thoughtful, helpful, and makes the answer sound responsive even when it may not be completely so.

OWN YOUR BAD FACTS

The most effective executive witnesses admit the obvious, addresses mistakes in a non-defensive manner, and frame them as unintentional.  Learning from the mistakes makes executives appear competent, concerned, and thoughtful. The more competent a person’s image, the more admitting an error (and learning from it) makes the person likable to others.

Stating a desire to know or recall the requested information makes executives appear cooperative and helpful:

Offering a reason for mental lapses is also important. A reason might be contextual

No matter, providing a reason for mental lapses is a way of maintaining the Answerer role while avoiding saying,

Download a copy of Rick Goldberg: Preparing The Corporate Executive – From the Boardroom to the Courtroom